Planmed Oy’s Board of Directors consists of Arto Virta (Chairman), Heikki Kyöstilä, Tuomas Lokki and Vesa Mattila as of 1January 2016. 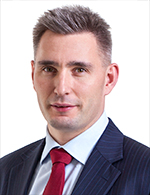