Mölndal Hospital in Gothenburg was the first hospital in Sweden to install a Planmed Verity® CBCT scanner in 2012. Introducing a new modality was not entirely straightforward, but the improved workflow, better image quality and enhanced diagnostic accuracy have convinced everyone of the undisputed benefits of CBCT imaging. 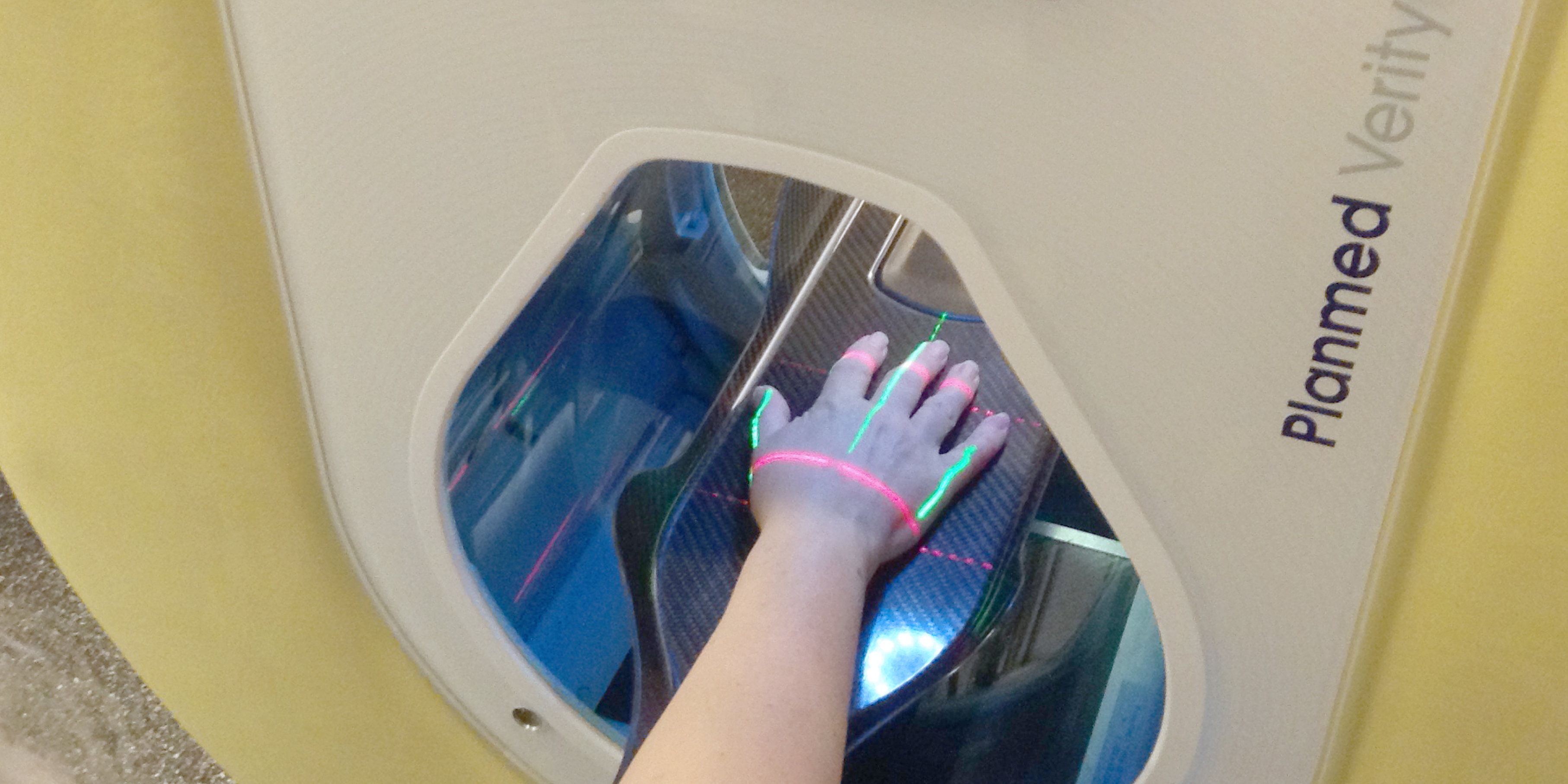 Dr. Ylva Aurell works as a radiologist and Associate Professor at the Department of Radiology at Sahlgrenska University Hospital in Gothenburg, Sweden. Fascinated by new technologies, she has always been keen to implement them in her own work. It was therefore natural that Dr. Aurell played an important role when the Planmed Verity® scanner was first introduced to Mölndal Hospital, one of the three hospitals within Sahlgrenska University Hospital.

What is CBCT imaging used for?

The typical applications for CBCT imaging at the hospital are wrist and scaphoid fractures, osteitis in feet and the weight-bearing imaging of the foot. It is also used for trauma and arthritis.

“Scaphoid fractures can be difficult to diagnose and are often missed on initial X-rays. If a scaphoid fracture is not identified in a timely fashion and is not treated for several weeks, the risk of non-union or delayed union increases. Therefore, it is crucial to detect such fractures, and the Planmed Verity CBCT scanner is an excellent tool for this,” says Dr. Ylva Aurell. 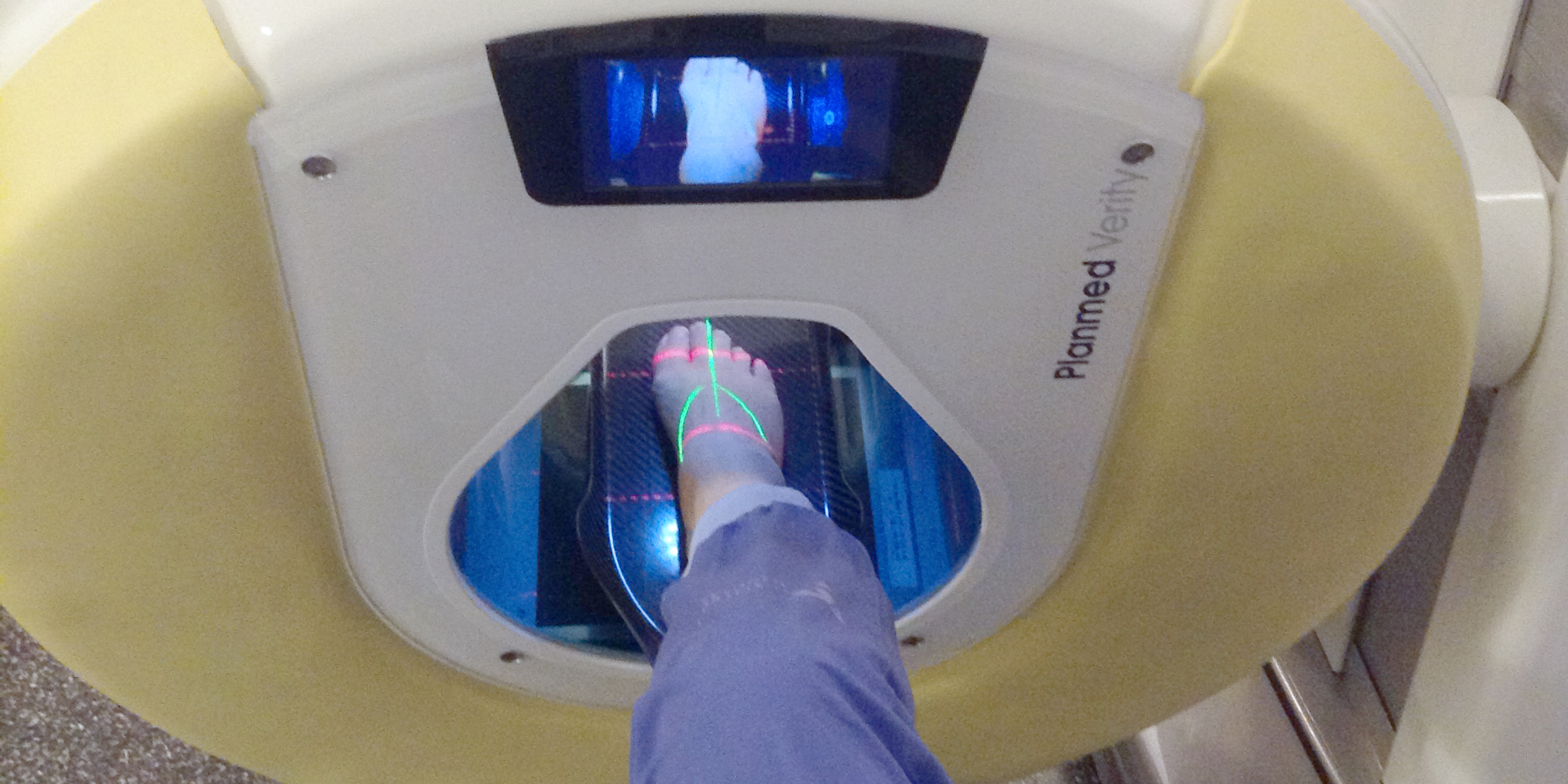 Introducing the new modality to the radiology department

The Planmed Verity scanner was installed at Mölndal Hospital in 2012. It took some time, however, to get the unit in full swing. “Introducing the new scanner was harder than I thought it would be,” Dr. Ylva Aurell admits. “It wasn’t just a computed tomography unit used similarly as the large CTs. It is actually a completely new modality, and we had to get the clinicians to understand how it works and how it can be used.”

In the beginning, the orthopedic surgeons and other staff members were invited for demonstrations to see the Planmed Verity scanner at the imaging department. This helped the key personnel to understand how the scanner would enable them to benefit from better diagnostics at an early stage. “What was crucial was getting the orthopedists to realize how CBCT imaging will improve their workflow.”

In the next phase, Dr. Aurell and her team presented Planmed Verity to the hand surgeons. “They immediately realized the huge benefits of the dedicated extremity scanner,” she says. With the on-site CBCT scanner, they now have easier access to tomography images as they have it readily available in addition to their existing MDCT scanners. The foot surgeons also soon understood the added value of the weight-bearing image. “Nowadays both hand and foot surgeons feel that they could not work without the scanner,” Dr. Aurell concludes.

All the hard work on introducing the new modality is now paying off as the number of CBCT exams has doubled at Mölndal Hospital between 2016 and 2019. Nowadays, over 2000 examinations are performed annually. 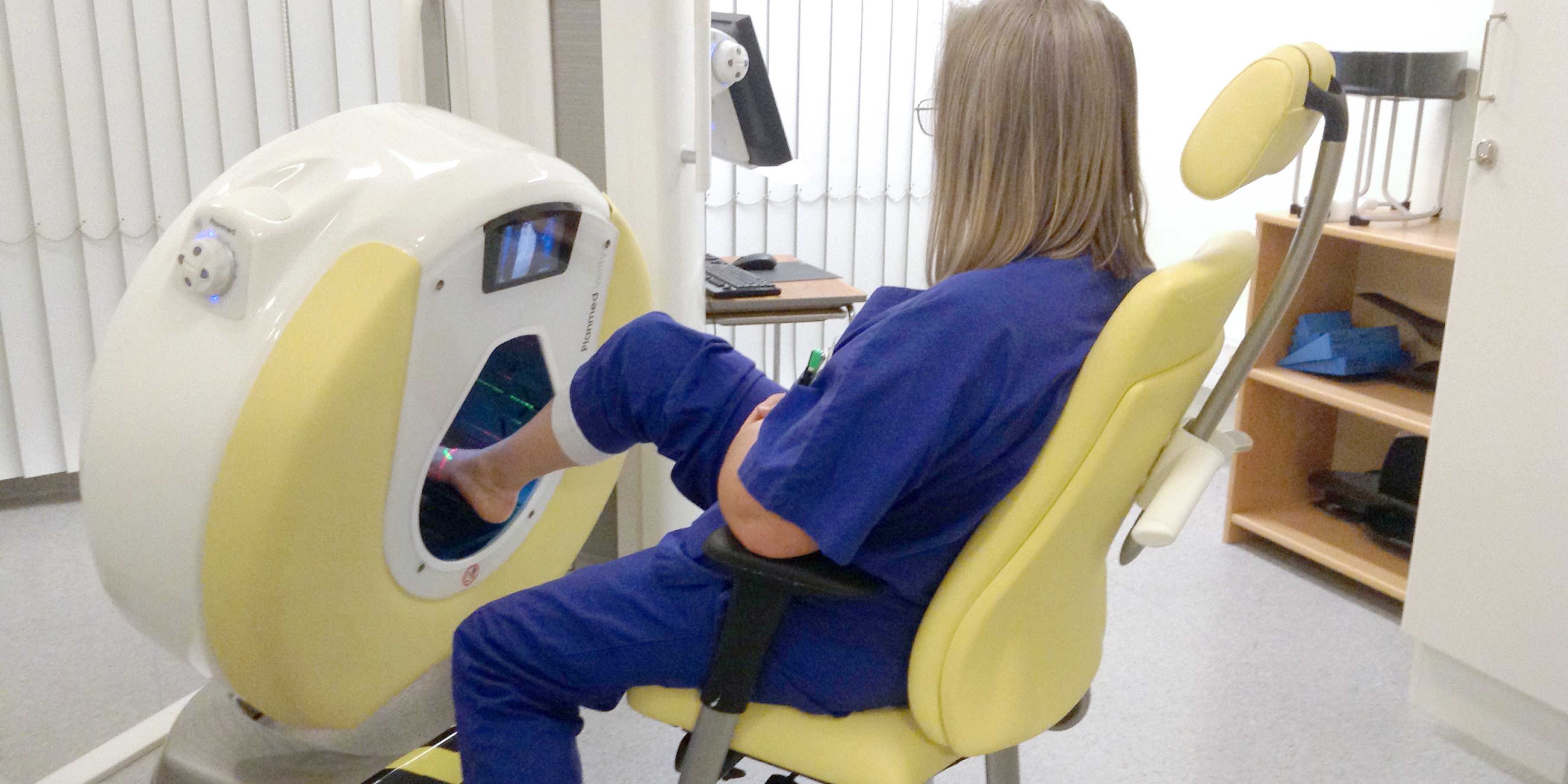 Referrals for the CBCT scanner

The referrals for a CBCT scan come from the orthopedic emergency as well as hand and foot surgery at Mölndal Hospital. In addition to this, all other departments at Sahlgrenska University Hospital can send referrals to the Planmed Verity CBCT scanner. Furthermore, referrals also come from the primary care. At Mölndal Hospital, the first referral for suspected scaphoid and intra-articular fractures is always CBCT.

“The referring doctor can write normal referrals for standard radiography which we can alter to CBCT,” Dr. Aurell explains. “Both the doctor and the radiographer can re-refer the patient according to the internal guidelines at the hospital. The orthopedic emergency knows we have a CBCT scanner, and they make referrals for the scanner directly. In some cases, CBCT is used to complement a plain X-ray. When the field-of-view of the examined area is unknown, we opt for MDCT,” Dr. Aurell complements.

According to Dr. Ylva Aurell, the examination with the Planmed Verity scanner is simple and straightforward. The personnel at Mölndal Hospital agree with her and consider the scanner a pleasant device to work with. Compared to a plain X-ray, they feel there are clear advantages to the scanner, such as better image quality and positioning the patient once instead of taking four different projections.

Furthermore, Dr. Aurell emphasizes the patient comfort. Conducting an examination of arms or hands with a CT unit requires keeping the limbs above the head during the study. With the Planmed Verity scanner, the extremities are positioned in the scanner’s opening in either a seated or standing position. “This makes the examination so much easier and less painful for the patient,” she says. 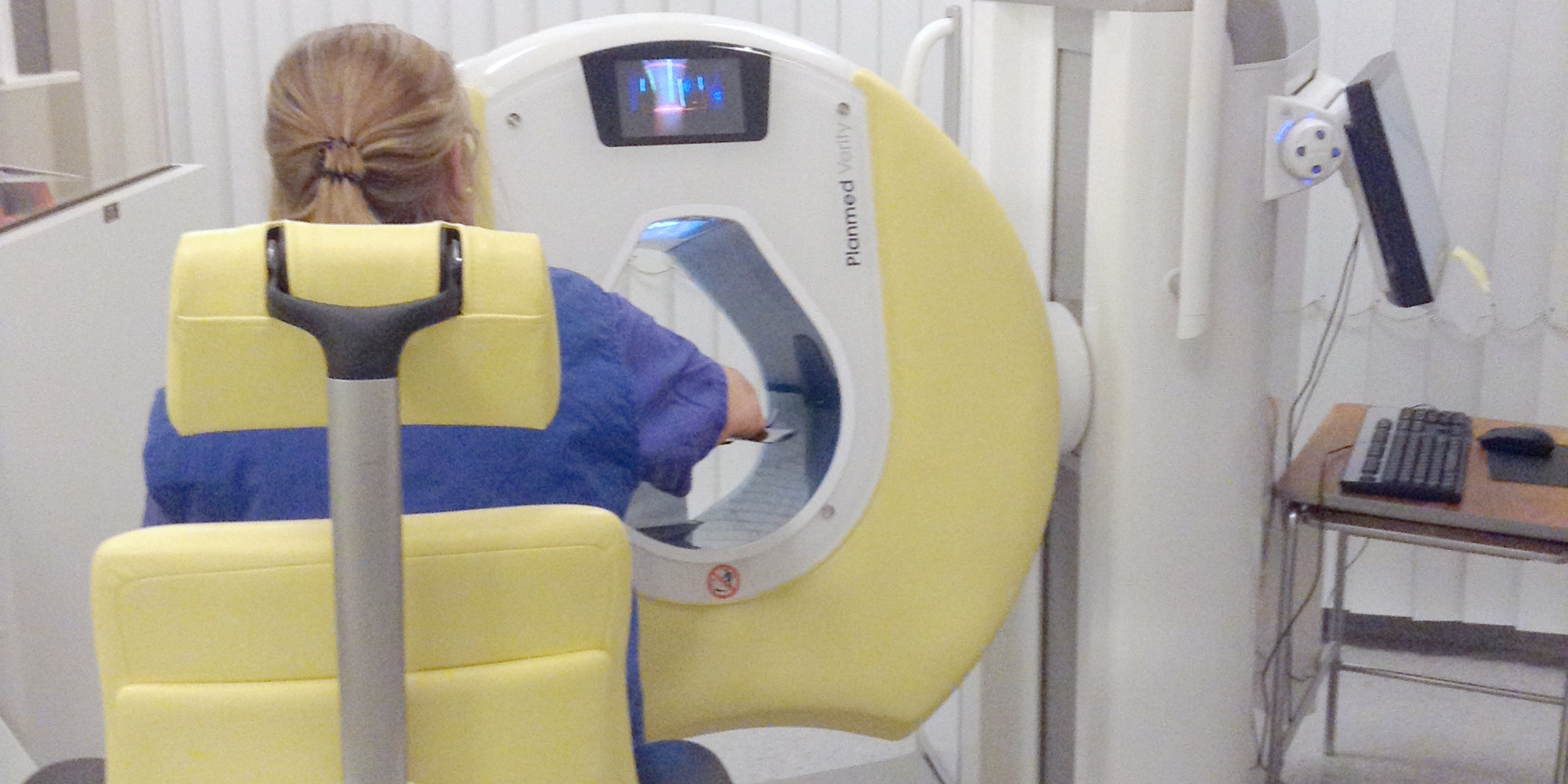 When introducing the Planmed Verity CBCT scanner at the radiology department at Mölndal Hospital, the key aspect was to get the internal workflow in place. The administrative ordering and billing codes needed to be defined. The CBCT scanner had to be included in the hospital method book and protocols, and the slice thicknesses had to be defined. Continuous communication with the clinicians was crucial.

Having experience in introducing new modalities, Dr. Aurell knows that although something appears to be clear, it usually is not, and that changing the way of working is not always easy. “It’s a bit cumbersome since we need radiological codes, codes that guide the administrative work and billing. Many people had to be involved for everything to run smoothly, and it is more challenging than one could imagine. It’s not easy to break routines even if there are new options that have more advantages. There is always resistance in the beginning.”

For several years, Dr. Ylva Aurell and her research group have studied patients with long-standing rheumatoid arthritis (RA). In their latest study*, the group compared CBCT imaging with conventional radiography for assessment of bone erosions. Patients from all around Sweden were studied for several years. Standard radiography was included in the follow-up study, but ever since Sahlgrenska University Hospital received the Planmed Verity scanner, they have used CBCT as one of the examination methods. The findings were fascinating. “Erosions and lack of erosions even after 8–15 years could be clearly seen with CBCT, especially in the carpal bones whereas standard radiography showed them poorly,” says Dr. Aurell.

Since patients with RA have difficulties in holding hands above the head, a CBCT scanner provides easier positioning than an MDCT unit. There is a lot of research on RA conducted with magnetic resonance imaging, but the indications in clinical use have not yet been outlined. The most important indications are to measure how aggressive the disease is and whether erosions exist. According to Dr. Aurell, CBCT imaging is an excellent tool for this.

Advocating CBCT imaging with the patient’s best interest in mind

Nowadays, the patient dose is an increasingly important matter. Radiation is a significant question for the individual but especially on the population level. “The automatization of dose reports is increasing, we have much more control on the dose questions, and we have access to precise reports,” Dr. Aurell explains. “Today, we can take a CBCT image with the same patient dose as in standard radiography, so there really is no reason not to take high-resolution images,” she concludes.

In fact, Dr. Aurell is surprised that the adoption of CBCT has not been faster. She believes that in addition to hand and foot surgeons, orthopedists in emergency rooms could benefit from a CBCT scanner. “Maybe we are just tired of new information as we have come across a lot of new things in a very short time on several fronts. Given that there is always a shortage of personnel, one continues to do things as they’ve always been done,” she says. She believes it is important to take time to reflect and focus on what is best for the patient, for the diagnosis and how the work should be done. She emphasizes consistency and cooperation. “In my opinion, collaboration and continuous conversation between all parties involved – radiologists, clinicians, radiographers, physicists, technicians and equipment manufacturers – is the key to improvement and introduction of new modalities.” 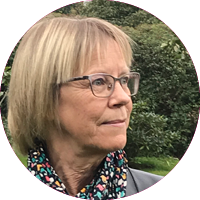 Dr. Ylva Aurell
Radiologist and Associate Professor at the Department of Radiology at Sahlgrenska University Hospital in Gothenburg, Sweden

During her career, Dr. Aurell has specialized in clinical work related to feet. Her research has focused on questions related to arthritis in hands and feet. Dr. Aurell’s special interest is ultrasound, and she has also done research on dual-energy computed tomography (CT) in inflammatory arthritis (gout). Further to this, she was partly responsible for introducing this methodology at Mölndal Hospital.