Physical review of the application range and radiation hygiene 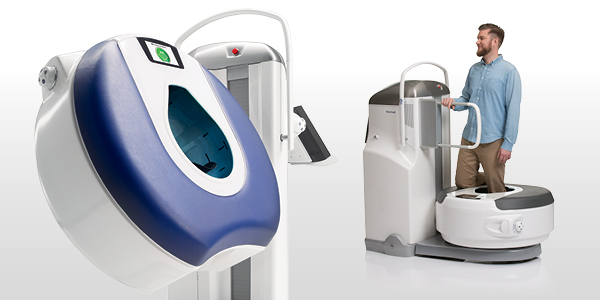 The article was originally published in German in the publication Spitzenforschung in der Orthopädie und Unfallchirurgie – Innovationen und Auszeichnungen 2021/22.

For decades, orthopedics and trauma surgery have relied on established diagnostic methods such as conventional radiography, sonography, multi slice CT (MSCT) and MRI to address the issues practices face every day. However, these diagnostic methods each have their own limitations when it comes to diagnosing osseous changes. Planmed Verity®, a medical CBCT imaging unit, was developed against this background and optimized for orthopedics and trauma surgery by taking their specific requirements and the highest resulting radiation hygiene into account.

Traditional diagnostic methods available in orthopedics and trauma surgery each have their own role and value. However, they are limited in the assessment of osseous structures and their position in relation to each other, although this information is often needed in both specialties. While the resulting radiation exposure of conventional radiography is much lower than with a MSCT, the imaging method only allows drawing limited conclusions of the information due to its summation in the projections and is also clearly less conclusive than cross-sectional diagnostics [1, 2]. Sonography only allows locally restricted views in its dimensions and has therefore been often only used as an additional diagnostic method in orthopedics and trauma surgery. MSCT is superior to conventional radiography, for example in fracture detection, but exposes patients to a much higher dose of radiation. Additionally, MSCT is usually only available in resolutions of more than 1 mm in everyday clinical routine, and there are no applications in which it can provide the often-necessary weight-bearing images. Some MRI systems have this option, but their availability is limited. Moreover, each of these systems can only provide limited information on osseous structures as they are specialized in soft tissue imaging, which is tied e.g. to the available resolution, which tends to be only 1 – 3 mm.

With an option for non-weight bearing or weight-bearing images, a resolution of 0.2 mm and very low exposure times of about 20 seconds, Planmed Verity is optimized for the use in orthopedics and trauma surgery. The higher radiation hygiene of the ULD preset in comparison with the conventional 2D X-ray and with the multi slice CT has been proven in specific measurements which were carried out under scientific standards. Here, the ULD preset with its resulting effective dose was on average 23.73 % lower than with the conventional 2D X-ray, and 93.7 % lower on average than the multi slice CT.

Fig. 1: Representation of the resulting effective radiation dose of a MSCT, a conventional 2D X-ray and CBCT unit using the ULD preset in the wrist region

Fig. 2: Representation of the resulting effective radiation dose of a MSCT, a conventional 2D X-ray and CBCT unit using the ULD preset in the knee joint region

Fig. 3: Representation of the resulting effective radiation dose of a MSCT, a conventional 2D X-ray and CBCT unit using the ULD preset in the ankle region

Fig. 4: Representation of the resulting effective radiation dose of a MSCT, a conventional 2D X-ray and CBCT unit using the ULD preset in the elbow region

The effective doses of this study were calculated based on earlier studies for evaluating the doses: