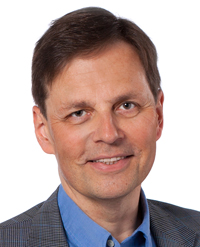 He also belongs to the board of directors of Planmeca Group. Mattila has been the Vice President of Planmed Oy since 1994, and before that, worked as Export Manager of Planmeca Oy.

Planmed Oy and the Planmeca Group
Planmed Oy develops, manufactures, and markets advanced imaging equipment and accessories for mammography and orthopedic imaging. Planmed's extensive mammography product range covers digital and analog units, stereotactic biopsy devices, and breast positioning systems for an early detection of breast cancer. Within the field of orthopedic 3D imaging, Planmed offers low-dose extremity CT imaging for quicker, easier and more accurate diagnosis at the point of care. Planmed Oy exports more than 98% of its production to more than 70 countries worldwide. The principal markets are in Europe, Japan, and Oceania, as well as in North and Latin America, where the company has considerable market shares.
Planmed Oy is part of the Finland-based Planmeca Group, which manufactures and markets advanced equipment for medical and dental fields. The Group employs approximately 2,500 professionals and the estimated turnover for the year 2013 is MEUR 760.
www.planmed.com